A History of Sustainability at Acadia

Sustainability has become increasingly integrated in all areas of campus activity at Acadia. Initiatives in research, curriculum development, student experiences, administration, operations and outreach have helped move Acadia closer to its vision of of becoming a model of social, financial and environmental sustainablity. Faculty, staff, students and community members have all played a significant role in these accomplishments. Below are highlights of our sustainability work to date. 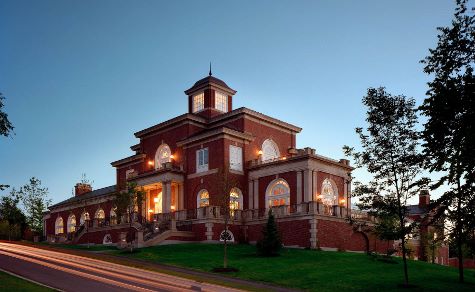 Donated by the Irving family in memory of Kenneth Colin Irving and Harriet Lila Irving, the state-of the art environmental science centre and botanical gardens opened in 2002. The K.C. Irving Environmental Science Centre is a centre of excellence for the study of the natural environment, concentrating on the ecology of the native flora of the Acadia Forest Region. The Harriet Irving Botanical Gardens occupy more than six acres, and are home to nine native habitats from the Acadia Forest Region.

Acadia becomes a signatory of the Talloires Declaration
Composed in 1990 at an international conference in Talloires, France, the Talloires Declaration is the first official statement made by university administrators of a commitment to environmental sustainability in higher education. Now signed by over 350 university presidents and chancellors in over 40 countries, the declaration is a ten-point action plan for incorporating sustainability and environmental literacy in teaching, research, operations and outreach at colleges and universities.

Campus Sustainability Assessment Framework (CSAF)
The Sierra Youth Coalition Campus Sustainability Assessment Framework project is initaited by Acadia faculty and students. A multistakeholder committee was formed in 2006 to begin the CSAF Assessment, which is traditionally integrated into course work. The process involved discussion and several class projects and although a full assessment was not implemented, the initiative paved the way for future assessments.

The new biology building opened in 2008 was the first on campus to be built to LEED Gold Standards. Leadership in Energy and Environmental Design is a green building certification program used worldwide.

Focus Acadia Speaker Series Highlights Global Issues
"Focus Acadia", an initiative of the Arthur Irving Academy for the Environment, was started in 2008 to bring attention to current environmental issues. The annual speaker series is an education, engagement, and empowerment initiative designed to focus the attention of the campus community on environmental issues of critical importance to our world. Event themes to date have focused on Climate Change and Energy.

Inspired by the Green Campus Summit held at Acadia in fall 2007, Acadia students Alex Redfield and Hillary Barter began the Acadia Community Farm in the spring of 2008 with the vision of providing local, organic produce to the dining hall at Acadia University, while also serving as a community garden. The ACF has grown to become a community centre for the exchange of knowledge surrounding gardening, food, and sustainable agriculture inspired by students. Visit the website: Acadia Community Farm

Eco-House Residence Opens
Established in 2008, the Acadia Eco-House is a university owned residential property on Westwood Ave. created to house likeminded students who were interested in the environmental and sustainability issues. In addition to striving to live sustainably, Eco-House students are involved in many campus initiatives and. Eco-House was the brainchild of Kenton Lambert, a 4th year Biology student and second year RA and was developed in partnership with Student Affairs, the Arthur Irving Academy for the Environment and Acadia Faculty. 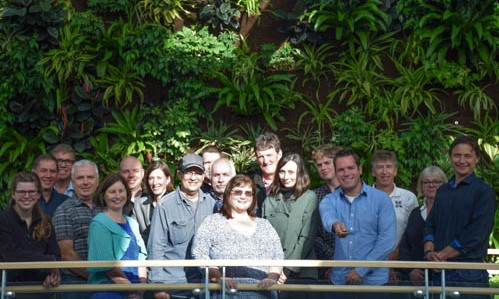 Acadia joined the Atlantic Sustainability Network in 2008 and now serves on the Executive Committee of the organization. Information sharing, networking and collaboration are the main goals of the network, which is comprised of Sustainability Coordinators, Facilities Managers, and other staff charged with responsibility for sustainability initiatives at institutions in Atlantic Canada.

Acadia reduced its environmental footprint even further by introducing "trayless" dining to new and returning students in September 2009. Food service trays were removed from Wheelock Dining Hall through a student-inspired initiative intended to reduce food waste, water use and energy consumption.

Acadia Becomes an Idle-Free Campus
As part of Acadia's committment to be a climate responsbile campus, the university approved the "Share the Air" policy making Acadia an idle-free campus. Motor vehicles are prohibited from idling for longer than two consecutive minutes on Acadia property.

Environmental and Sustainability Studies Program Launched
In Fall 2010 Acadia accepted its first students into the new Environmental and Sustainability Studies Program. This new interdisciplinary program was created with a vision to be an 'exemplar' of inspiring and engaging teaching, scholarship and community service driven by the global imperative for an environmentally sustainable, healthy and just world. 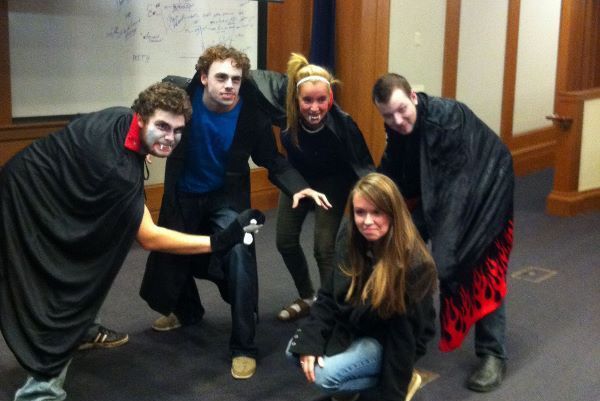 The 2011 Campus Sustainability Week Event featured a student outreach program about vampire power. Vampire power is energy wasted by appliances and electronics while on stand-by.

Acadia partnered with Call2Recycle in 2012 to begin a comprehensive battery reclyng program on campus. Stations are located in departments accross campus and participation by staff, faculty and students has been enthusiastic.

Students from several Atlantic post-secondary institutions formed the Atlantic Youth Environmental Council an interuniversity student committee to facilitate collaboration and action on environmental issues among students. The inaugural conference was held at Acadia with Elizabeth May, leader of the Green Party of Canada, as keynote speaker. 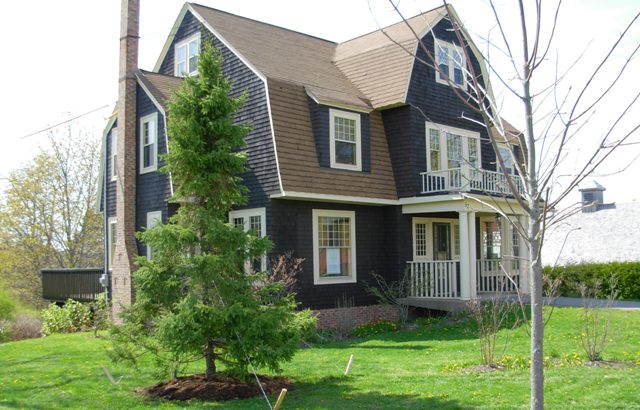 The Acadia Sustainability Office was created to continue the work of the former Arthur Irving Academy for the Environment to advance sustainability inititaives in all areas of campus activities. The Office is located in the DeWolfe house on University Avenue. 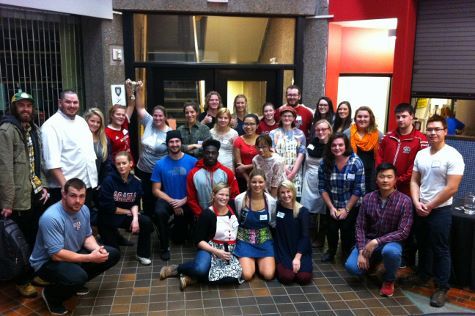 As part of the new healthy and sustainable food program at Acadia students in community development partnered with the Sustainability Office to host the first Masterchef Acadia event. Students and alumni competed against eachother in this cooking competition to see which team made the best low cost and healthy meal featuring local, seasonal ingredients. The audience was treated to a free meal courtesy of Sharing Great Food and Slow Food Youth Annapolis Valley.

Acadia University and its food service partner, Chartwells, are working together to advance sustainability performance and improve student health at the University. New initiatives outlined in a recent two-year contract extension focus on several key areas including local and Fair Trade food and beverage purchasing.

In September 2017 Acadia became a Fair Trade Campus, the first in the Maritimes. The designation, awarded by the Canadian Fair Trade Network, Fairtrade Canada, and the Association Québécoise du commerce équitable recognizes Acadia’s commitment to fair trade purchasing and education on campus. Read more about the Fair Trade Campus program at Acadia.

An 11 KW solar panel array was installed on campus at the Huggins Science Complex as part of a major renovation and energy efficiency upgrade to the facility. 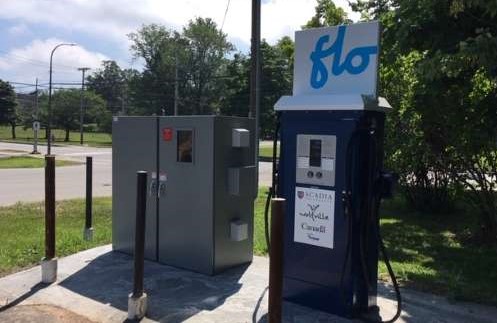 Acadia opened its first electric vehicle charging station on campus in partnership with Town of Wolfville with partial funding from Natural Resources Canada.  The Acadia-Wolfville station is a fast charger and is open to the campus, community and visitors year-round.