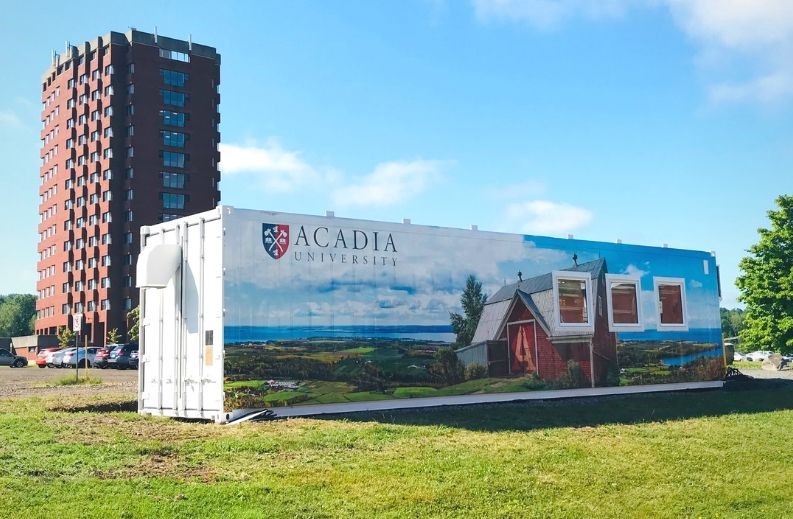 The Growcer is a Farm Inside a Box! Acadia partnered with our food service provider, Acadia Dining Services by Chartwells, in 2019 to bring the hydroponic, vertical growing system to campus. It is housed inside a repurposed shipping container and produces greens and microgreens year-round. Ten percent of the produce grown is donated to the Acadia Food Cupboard.

It is the first of its kind for a post-secondary institution in Atlantic Canada. The Growcer continues the tradition of growing food on campus and is located behind the dining hall where cows and pigs once roamed the hills as part of the original Acadia Farm. Students are employed in the operation, continuing this tradition as well.

Quick Facts About the Growcer: 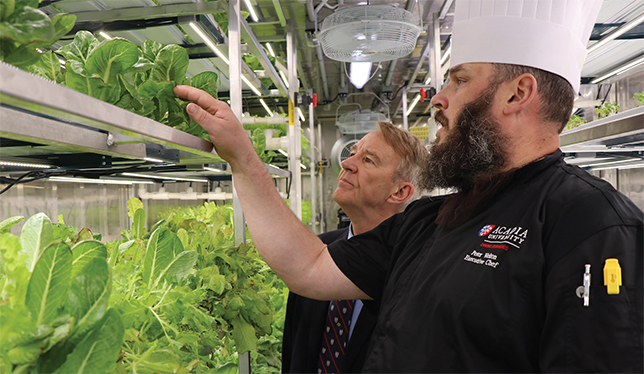 In addition to growing greens it is also used for teaching and research. The Growcer showcases innovation in food production at a time when there are many food security issues around the world especially in rural and remote regions. It's designed for cold environments and demonstrates that food production is possible year round.

The Growcer is a sustainable farm. Built in a recycled shipping container, it has a lower foodprint than conventional farming. The Growcer uses less water, land and no pesticides or herbicides.

For more information about the Growcer contact the Sustainability Office or Acadia Dining Services.

Read more about it:

Learn more about The Growcer